Arena rock is a genre of music that will never die, as long as crowds convene inside hockey arenas around the country to sing along to our favorite anthems from our favorite artists. That’s exactly what took place when Bon Jovi kicked off their 2022 tour in Omaha, NE at the CHI Health Center on Friday, April 1st, for their first pandemic public in-person concert since the started.

Ione, a singer from Sioux City, IA, was the contest winner of the opening slot for the Omaha tour date. With a full backing band — two guitar players, a bassist, a drummer, and a keyboardist — Ione filled the arena with her soulful voice, reminding one of ’70s singer-songwriters like Linda Ronstadt and Stevie Nicks. She emitted a free-spirited energy on stage, and captivated the audience with her pure, unadulterated pop-rock sound. It was a spectacular showing all around, and certainly worth arriving early for.

Then it was time for the main event. Bon Jovi brought their New Jersey flare to the heartland, led by lead singer Jon Bon Jovi. While it’s now occasionally a little difficult for Bon Jovi to project those higher notes to the back of the arena as he did back in the ’80s, he is still an expert showman, first and foremost. He has a young soul to him, and on Friday, he pulled off an incredible Mick Jagger-like crowd control with the audience that was both engaging and entertaining.

It was also Bon Jovi’s first official concert since the pandemic started — they’d had to cancel a planned 2020 run — and it was clear they were very excited to finally play in front of a crowd. “It’s been a long time since I said good evening,” said Bon Jovi, before they kicked into “You Give Love A Bad Name.”

As for the rest of the band, they were in top form. Phil X has had some major shoes to fill playing lead guitar for over five years, but he does it flawlessly. During “Keep the Faith,” he impressively went through three guitars during the whole song, breaking one of the strings during the process. Elsewhere, Tico Torres was a beast behind the drum kit, while you can hear David Bryan’s signature synth sound from a mile away. Also, is it possible for guitarist/producer John Shanks to be made a permanent member of Bon Jovi? The man shared lead guitar duties and was a phenomenal rhythm player, earning the spotlight more than once during his guitar solos.

The band also paid tribute to Ukraine, performing “It’s My Life,” a song that has been adopted as an anthem for Ukrainians, and “We Don’t Run,” which was being filmed as part of a Global Citizen special. Elsewhere, they dusted off songs released over the past couple of decades, including five cuts from their latest album, 2020with Jon Bon Jovi stating he is “proud of this album.”

Finally, they ended their main set with the iconic “Livin’ On a Prayer,” which immediately had the whole arena singing in unison. At last, it was time for the two-song encore, starting with “Love’s the Only Rule” and ending with “Bad Medicine.”

Say what you will about Bon Jovi, but they remain one of the most influential rock bands, while proving arena rock is far from dead. Sometimes, you just want to sing along to a great hook, and that’s exactly what you’ll get on this run.

Bon Jovi next play Paul, MN at the Xcel Energy Center on Sunday, April 3rd. Tickets for that show, and for the rest of the tour, are available via Ticketmaster.

Check out the setlist and gallery of exclusive photos from opening night, taken by Robert Chadwick, below.

Love’s the Only Rule
Bad Medicine 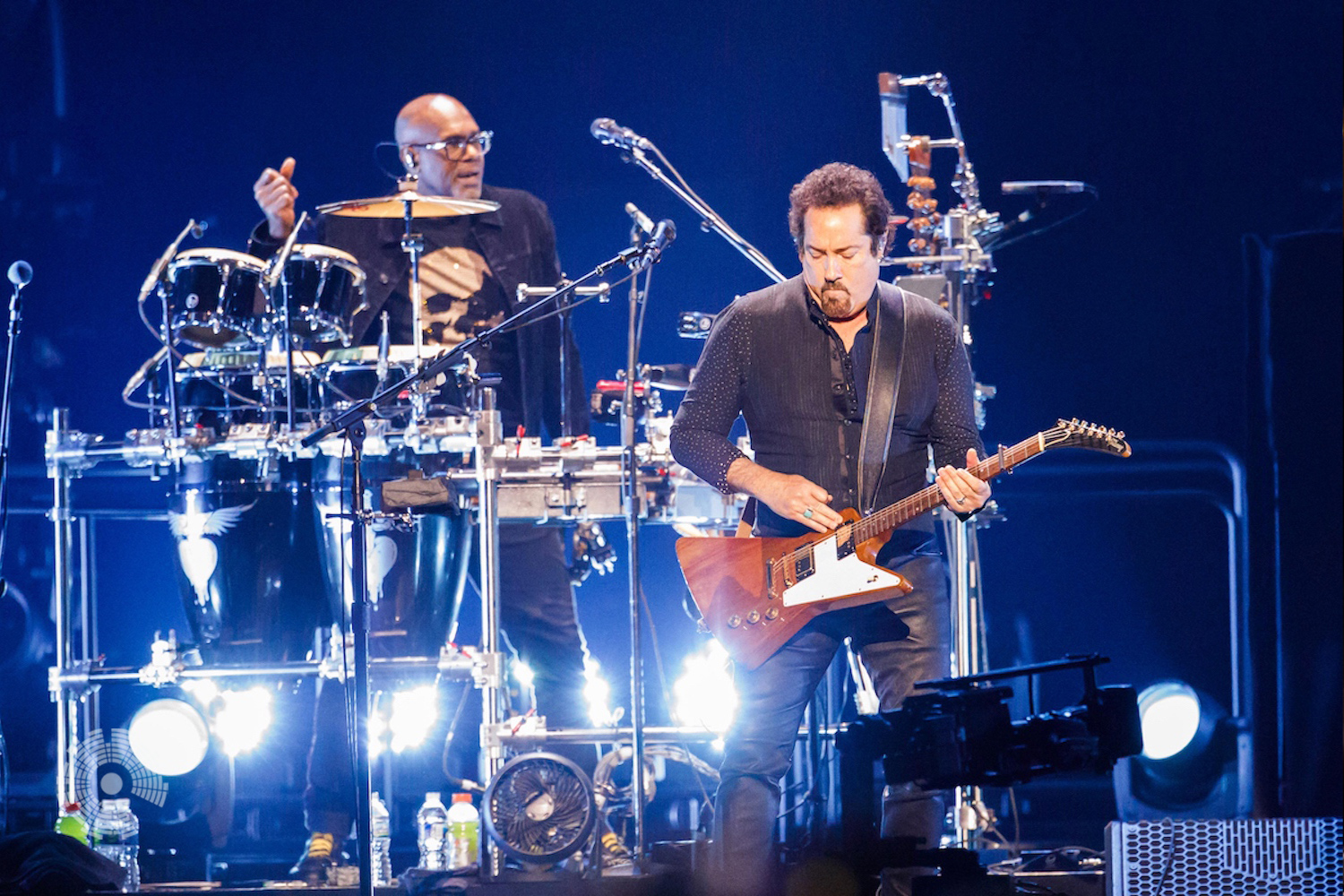